“My Author Representative was super!” 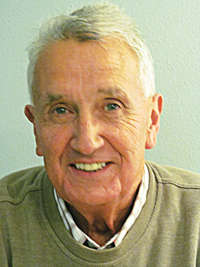 Gary Palmer graduated with a BSEd from Ohio University. He has written pieces for newspapers, the Navy Times and the American Academy of Health and Fitness. Gary is a former educator, coach, businessman, and local cable TV host. The author of four published books, he is also a Certified Personal Trainer. 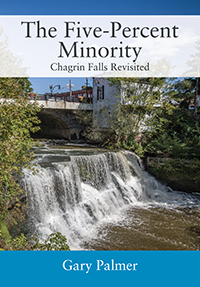 I will find a way or make one-Hannibal. In the summer of 1929, a few months before the Great Depression, a drama started to unfold in the quaint little village of Chagrin Falls, Ohio-a drama that would impact the lives of many people for nearly a century. The story begins with a teenager, Katherine Jones, and a horseman from the East, Kenneth Palmer. They soon married, opening the curtains on a dysfunctional marriage. Act one characterizes the couple’s lifestyle, which included drinking, infidelity and domestic abuse. Even with two young sons, the pattern of behavior continued. The horse training business often took them to Westbury, New York. It was there that Katherine Palmer became infatuated with a young unmarried man whose family owned the horses as well as a tavern. Act one draws to a close with an impulsive affair and an unexpected pregnancy. Act two brought Gary into the drama. Born in Chagrin Falls in 1940 at his maternal grandmother’s home with no birth certificate; Gary’s life was a catalyst for change. In the spring of 1947, like a slamming screen door, the Palmer family dissolved. The stage door opened for Gary, setting the scene for abandonment, poverty, a children’s home, and foster care. The final act concludes Gary’s tale of resiliency and character, striving for a life of his own. A search for identity in the face of adversity is the backdrop for this amazing story. Overcoming the odds at every stage of his life made Gary the strong and loving person he became.

“Colleen’s performance was excellent in every way.  I’m working on another book and will definitely request that she be my Author Rep again.  Thanks Colleen!”

Malcolm Ivey resides in a gated community in the Florida panhandle. Consider the Dragonfly is his first novel. Contact him at malcolmivey9@gmail.com

Raised in a dysfunctional home and longing to fit in, CJ is not much different than the average teenager. He’s curious, awkward, friendly, and shy…until a bully pushes him over the edge and he opts for revenge. Set against a Miami backdrop, the maze of CJ’s life begins in juvenile hall and twists its way through the state prison system with a host of colorful characters along the way. New enemies arise and betrayals abound as he further entangles himself in the web. Drugs, crime, danger, death, heartbreak, friendship and redemption. This is the journey of CJ McCallister, a young man lost on a dead-end road and struggling to find his way.