“What was most pleasing about working with Outskirts Press is their ability to accomplish the task with speed and accuracy. I had used other such publishers and have found Outskirts, together with my Author Representative, to be the best by far. By Far!” 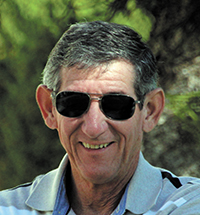 Ronald J. Wichers was born in Lake Ronkonkoma, New York. He studied History and Literature at the University of Nevada at Las Vegas, until drafted into the United States Army in 1970. He was assigned to a rifle company with the 25th Infantry Division in Vietnam and, after sustaining the loss of a limb, was awarded the Purple Heart Medal, the Army Commendation Medal for Heroism, the Bronze Star Medal. He later studied theology, at the Graduate Theological Union, in Berkeley California. 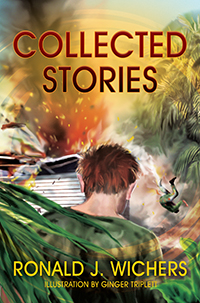 “My God. I honestly don’t know how that kind of stuff could happen. I come from a really good family.” Among the other items collected here, the nine Myrmidon stories are of men drafted into military Service and assigned to an infantry company, in a combat zone, and once there to fight to the death if need be. These are glimpses of little people trapped into a wide and sweeping conflagration; moreover, they are descriptions of the kinds of things that can and do go wrong in war, any war but especially one in which the troops are given no clear reason as to why they are to kill or be killed. While there were many stories of true heroism that came out of the war in Vietnam, those examples of self-sacrifice are, in a way, clouded, by an overall sense that none of it should ever have been allowed to happen. If there was any “Glory” to be had there it was on the side of the Vietnamese people in defense of their homeland. Myrmidons was written not because I’m a glass-half-empty type but, rather, as a kind of prayer, a cry, a hope that this kind of thing – our nation’s propensity for wildly and recklessly careening around the world, guns blazing – may never happen again. They are intended as a warning to anyone entering military service to be made aware that, when it comes to war, there is no such thing as a neat “surgical strike” or a “cake walk.” It’s a ragged, messy, bloody affair in which, even with the best of intentions, everyone suffers, especially the “little people.”

“I would recommend Outskirts Press to any other author.”

Sandra Harris, Ph.D. received her B.A. from Stanford University and her Ph.D. from the University of Oregon. As a VA clinical psychologist, she conducted psychotherapy with combat veterans. Dr. Harris is a past president of the California Psychological Association, from which she received the Lifetime Achievement Award and the Distinguished Contribution to Psychology Award. Dr. Harris retired to Scottsdale, Arizona after a 33-year career in psychology. Dr. Harris is working on her second novel, Survival: Nurses in ‘Nam, which is the story of three Army nurses who volunteer to serve in Vietnam amid turmoil and strife that tests the strength of their will and character.

Thirty years after the Vietnam War, eight U.S. veterans – still scarred from the psychological shrapnel of combat and seeking the healing that has long eluded them – bravely return to the country where their enemy lurked so long ago. Retired VA psychologist Dr. Ken Carson prepares the men to minimize the trauma of their journey while Reverend Johnny Green and Rabbi David Aloni lend spiritual support. In Vietnam, the veterans confront their painful, haunting memories: crossing leech-infested rice paddies in the dead of night surrounded by enemy; peasants who could be carrying weapons under their loose fitting “pajamas”; terror in the tunnels; degradation in the whorehouses and more. Finally able to relate to each other emotionally, without the detachment that was necessary for survival during the war, the men form a mini-platoon during the trip, bonding in their quest for wellness. Written by a distinguished psychologist and told from the perspective of eight fictional but vivid central characters, Shrapnel: A Journey Toward Psychological Healing highlights the courage of the veterans while eloquently examining the long-term effects of combat stress and helping to remove the stigma of mental health treatment. http://www.shrapnelnovel.com

Shrapnel: A Journey Toward Psychological Healing has been named a Finalist in the First Novel Category of the 2015 Next Generation Indie Book Awards.

“Much appreciated to all the team who worked on my book.”

Ian Walters is the author or editor of half a dozen academic books. Recently turning to fiction, his first novel was The Theory of Relativity. He lives and writes in Asia.

A tale set in Vietnam at the end of the millennium. We encounter Hanh Dien as she encounters her customers and associates. Her fetishes: gambling, fear, misery. The interlocking of these characters sends some of them spinning into Hanh Dien’s web of misery. To know Hanh Dien is to know fear.