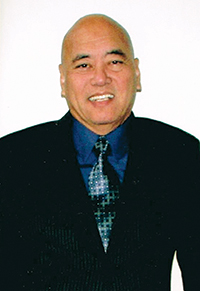 Christopher J. Barnes was born in Davao City, Philippines. He graduated with a B.A. from Letran College, Manilla, Philippines. He immigrated to the United States of America in January, 1985. After becoming a Green Card Holder in 1994, he became a Naturalized United States Citizen in 1999. He received a Dual Philippine Citizenship in 2004. Christopher retired and began writing historical fiction. He wrote a Detective Action Series and is on the conceptual stage of a 3rd book. 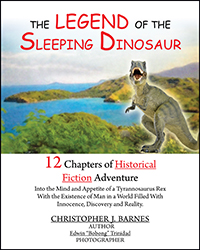 How Dinosaurs and the survival of Man co-existed . . . This storybook is Historical Fiction. It is about how Dinosaurs and Man co-existed in the same period of time. How Man won over the difficult hardships, trials and survived in the good old days. The existence of Dinosaurs and other beasts experienced challenges against the constant ever-changing landscape, habitats and eating habits throughout the centuries. The epic struggles and the survival of Dinosaurs and Man against unpredictable and inclement weather patterns at the time while trying to live in peace and harmony. A period when Man has to endure hard work and patience with its own people, attitude and customs. Both Dinosaurs and Man experienced deep sorrow in the loss of loved ones. It is the success of Man over the community with the use of their mind and intellect. Man has to overcome adversity to improve their livelihood throughout the ages. The progress of Man has to undergo to claim prosperity is by believing in one universal GOD. And as recognized by Man, a Peninsula by the bay looks like the Sleeping Dinosaur. KIRKUS REVIEW “A retelling of the Filipino Legend of the Sleeping Dinosaur, wrapped in the debut middle-grade historical novel. Millions of years ago, glacial movements and meteorites shaped what would be the islands of Southeast Asia. Dinosaurs lived on these islands, Barnes explains, roaming about islands like the Philippines and learning to survive in a constantly changing world. There were earthquakes, storms, volcanoes and avalanches, but the dinosaurs (and the animals they fed upon) evolved along these disasters. The creatures of the region generally lived in peace and harmony but when humans came along (it’s necessary to suspend disbelief here as humans and dinosaurs did not live in the same era), things started to change. Using their common sense and evolved brains, the people began to take over the very spots where the dinosaurs lived, eating their food and usurping their land. After a particularly bloody (and imaginatively gory) feeding frenzy during which the dinosaurs interrupted a picnic on the beach and devoured several men, the islanders decided to take revenge and eradicate the dinosaurs from their corner of the world. They succeeded, except for one dinosaur – a large female that was roaming in search of her child. Lost and alone, this dinosaur eventually died in the forest, where grass and trees and leaves covered her body. This ridge formed its own peninsula, dubbed the “Sleeping Dinosaur” peninsula, where it still lies today. Barnes’ folk tale has heart and the story of how this peninsula came to be is interesting . . .”

“This is the publishing company of choice for anyone who is going to self-publish their book! If you need help or have gone through another company before, Outskirts will prove the best choice there is. They were and are for me, no question in my mind.”

Randy Fasig the story teller and author has gone to new heights with this story. The characters resonate and their experiences are your experiences. With a screen play being written maybe …

Ever wondered about the Chupacabras? Many people have. The story was inspired by multiple accounts of actual hunts by cryptozoogists and their techniques. If you are a hunter or just a fan of the mysterious, this story is for you. If you prefer city life, then you are right alongside the zoologist, Dr. Eric Bellows. A city person at heart but thrust into the wilderness. Join the search. Hunt for chupacabras with the characters. Pack your tent and sleeping bag because you won’t want to leave!