“I appreciate my Author Representative’s promptness and professionalism in my many times of corresponding with her.” 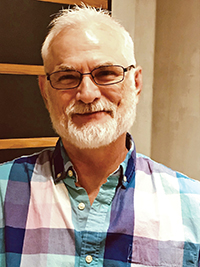 Don Truman Wilson is a writer and a spokesperson for suicide prevention. Don’s 2009 brush with suicide opened his eyes to see what matters in life. He is a graduate of the Institute for Writers (formerly, the Long Ridge Writers Group). Don is a native of West Virginia, now living and working in Central Florida. 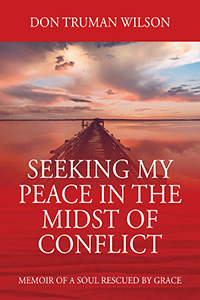 I Stared into the Abyss of Suicide. Without a doubt, to contemplate suicide has to be one of the darkest experiences a human heart can know, a moment of incredible loneliness. You feel abandoned by everyone, even God, as if alone in the universe. The moment to end my life had come. My tormented soul would find peace at last. When a suicidal person makes it to this juncture, it is all but finalized. In his mind, it is settled. For him to execute this final act of misery will be easy. His relief is in sight. He doesn’t see the devastating effects the act will have on his family and friends. He only wants the unbearable emotional pain to end. I had mulled the final act over several times. I decided upon an overdose of pain pills. As I stood motionless at the bathroom sink, the blank face in the mirror resembled my own. Because of the long-term emotional pain of the conflict, I had lost my desire to live. As I took one last look at the person who stared back at me, I lifted the hand that held the pills, and I thought to myself, “so this is how it ends.” Seconds crept by. I put the handful of pills into my shaking hand. I took a deep breath, swallowed the lethal meds with a gulp of water, then stood silent for the longest time, no emotions—no fear, if anything, relief. I staggered over to my bed in a daze, the ache of my heart accompanied by such loneliness I had never felt.

“Wonderful experience from start to finish. My work remained mine through the entire process, and the finished product was incredibly impressive. Elaine, Jerry, Jackie, and Rebecca worked endlessly to see this project matched what I had in my mind from day one. Definitely going to be publishing through Outskirts again;  best in the industry.”

James Finster studied literature at California State University San Marcos. He resides in Flagstaff, Arizona, with his wife Jerusha and his two daughters, Vivian and Reagan.

My father chose to end his own life. That is the elephant in my room… So begins The Reverent Surrender, James Finster’s deeply touching memoir about his father’s suicide. It’s a brutally honest perspective, but it’s also refreshing, skillfully avoiding an angry, self-pitying position on this painful and often taboo subject. Everyone dies, it’s a truism in this life, yet many choose to go on their own terms. Is there not some form of honor to be found within this selfish act? When he first set out to write his memoir, Finster’s goal was to help others who’d experienced the same heartbreak, but as the book evolved, he realized that everyone faces death with a different perspective, and each person’s response to suicide-and their grieving process-is unique. Ultimately, this beautifully written book is dedicated to the memory of his father. It encourages the survivors of suicide to reflect on the life lost and embrace their loved one’s memories-while learning to let go of anger or blame and ultimately changing the underlying core of grief to one of acceptance…and healing. My father’s time on this earth was but mere seconds in the scheme of the world. A small pivotal role played out on a stage for a select few. His life encompassed comedy, romance, satire, and tragedy. All the genres to have made for a beautiful performance. And therefore as my reflection ends and the curtains set on that stage, I shall rise from my seat, applaud vigorously, and shout “encore.”