“My Author Representative and Outskirts Press made the publishing process seamless and they did an outstanding job.” 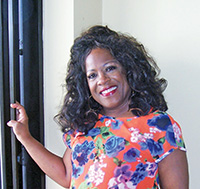 Atlanta, Georgia, was her launching pad. Taking flight as Traffic Assistant for Ted Turner at Channel 17 landed Dr. Linda Quillian at a number of stops on the way: DJ serving commercial radio for the blind; Instructor for disadvantaged youth in D.C.; Executive Assistant for D.C. Public Schools; and professorial employment at Morehouse College in Atlanta, Howard University in D.C., University of the District of Columbia, Bowie State University in Md., and Benedict College in S.C., where flight touched down and coasted to the runway of Chair and Dean. “Whatever your passion, it has to resonate like a party within. A passion like writing makes you forget about the time you spend dancing with it. Even when the party music stops playing, you never want to leave. I sometimes do not choreograph the words. Angels visit and show me the Plie’, Ballotte’, Arabesque, or Tendu, while ancestors teach the Gwara Gwara, Stanky Leg, Mambo, and Bachata. Writing is a dance with the reader whose partnership is unimpeachable.” 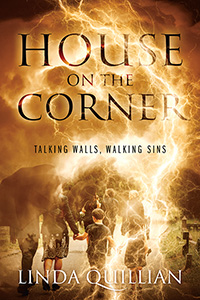 Now and again, Kandi would approach to socialize and ingratiate herself into the women’s gossip, but on seeing her coming, the church sisters would ineptly change the script or nervously excuse themselves one at a time. Both bad actresses and worse Christians, Conway’s congregants salivated with rumor that dripped like honey from their lips, and they were not groomed enough to know that smacking gossip in another’s ear was just plain rude.

“I just got my very first book published titled Woman of Integrity. Thanks so much to the President of Outskirts Press, Mr. Brent Sampson, with his great Outskirts Publishing, Production and Marketing Team. God bless you all. Cheers.” 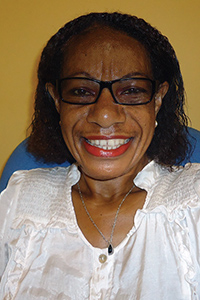 Veronica Temai Marme is a Journalist by profession. Ms Marme graduated from the University of Papua New Guinea with a Bachelor of Arts in Journalism Degree in 1994. Thus, for the past 22 years she had practiced the various fields of Journalism with the government of PNG as a Press Officer, Researcher, Press Secretary and Journalist to career politicians and Prime Ministers like Sir Julius Chan and Paias Wingti, Post-Courier as a Sub-Editor and Wantok Radio Light the PNG Christian Broadcasting Network as a pioneer News Editor, senior Journalist and a spiritual counsellor and mentor to the young girls, broadcasters. Currently, she is a senior Producer & Presenter with the NBC TV Programs section producing and presenting church and positive development programs. She is now a widow and is happily living with her three sons namely; Bobby Umba, Willie Umba and Charles Okuk Umba. 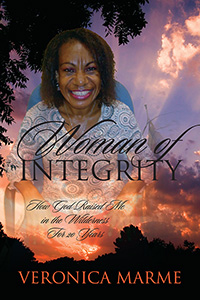 This book is an account of how God raised the Author in the wilderness for 20 years. “Before I formed you in the womb I knew you, before you were born I sanctified you, I ordained you a prophet to the nations.” (Jeremiah 1:5 Holy Bible, The New King James Version, pg 506). As the Author realised after 20 years when she started writing about her own life story that God had called her to be a prophetess to her nation, Papua New Guinea. The Author was adopted into the Marme family who raised her with so much love and care. She was brought up in a village called Hoblesuhul meaning ‘stone place’ (in the Goling vernacular) in the remotest parts of Simbu called Gumine in the Highlands of Papua New Guinea. She moved around with her adopted parents during the colonial days as her father Peter Marme was a ‘Mangi Master’ (domestic servant) with her illiterate mum Elizabeth Balua from Simbu to Port Moresby to Madang and back home, Gumine in the late 60’s and early 1970’s. Eventually, in 1984 she was fostered by a British woman who is an Anthropologist and an Oxford scholar who raised her in Brisbane, Queensland Australia for three years doing her grades 9, 10 and 11 in 1984, 1985 and 1986 respectively. And, that’s where the Author actually completed her secondary schooling at the Gap State High School in Brisbane successfully and achieved her Queensland Junior School Certificate in 1985. Her English woman guardian is normally known as Dr Joan Johnstone Drikore. She was one of the Professors at the University of Queensland with the Anthropology Department at the time the Author was fostered by her. After Brisbane she came back home and attended the University of Papua New Guinea where she met her husband and children’s father Robert Umba who just returned from attending People’s Friendship University in Moscow, USSR of Russia for his summer holiday on the 8th of July, 1988. She met Robert during her first year at the University of Papua New Guinea and started family while still being a student becoming a teenage mother and wife, and all the troubles and challenges she had gone through in life at that stage. And, she spent 20 years of her young vibrant life with Robert raising her family and she had faced a lot of situations and challenges in her life. However, despite all these her dreams of getting a University degree, becoming a Journalist and Author one day never shattered. She made it through and believes any teenager in her situation can make it like herself as she shares her life’s experiences and testimonies in this powerfully written book which is her autobiography.

“I heard about Outskirts Press through a friend, but I wanted to check out all my options since this is my very first book written. I took my time as I researched many publishers and their offers. In my search I have found Outskirts Press to be reasonable with their pricing and had much to offer for your money. After much research and prayer, I decided on Outskirts Press. My representative was very helpful and patient with me and I have learned much through the process. There is more involved in publishing a book then just writing, and Outskirts Press provided the proper help and guidance that was needed. I am pleased with the outcome and grateful for all their help!” 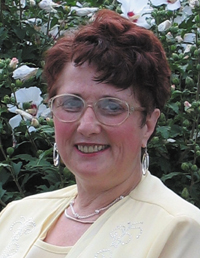 Prophetess Gail Rose is the President and Founder of I Will Go Ministry and GR Expressions of Me. She was honored in the Cambridge Who’s Who 2006-2007 Edition of Executives and Professional Women. She attended Charisma Ministerial Bible College, Christian College Bible Knowledge and Bibleway School of Ministry. She travels nationally and, soon to come, Internationally doing Revivals, Women’s Conferences, Workshops and Retreats. She was ordained as a Rev./Evangelist in 1985 through her home church Bibleway Chapel Church Inc. And ordained as a Prophetess in 2002. Because of her love for God and His people, Prophetess Gail transcends through all races, cultural and religious barriers just to reach and pull you out of any dilemma you may be in. 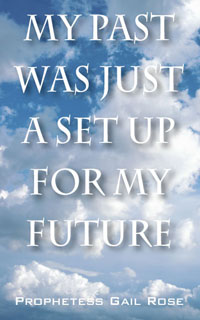 Past Shadows or Future Realities are choices…which follows you? This book tells the whole story of a little girl who was thrust into an adult situation at a very young age, which she was not physically or mentally mature enough to handle. It caused her life to fall into a downward spiral of confusions that was not easily reversed. This story tells of the nightmares that lingered for years, and how the shame and guilt tormented her thoughts. You will read of the child abuse and rape in the home that led her to a life of drugs, alcohol and perversion by the time she was 16, and even an attempted suicide, but this is not how the story ends. At the age of 20 she found herself under a gospel tent where she met Jesus for the very first time, and He changed her life forever. This remarkable story lets you know that after her encounter with Jesus she struggled with discovering who she really was while trying to put the pieces of her life back together. God sent her two ladies who she called her 911 sisters. They assisted her for three years of her new Christian walk until she was able to break free of her past, and discover that God had her destiny in mind before the very foundation of the world. Not a typical story that ended with defeat, but ends with an unprecedented victory. This story will show you how you can experience triumph even in the undisclosed places of your soul.

“My experience publishing with Outskirts Press has been exceptional! I did extensive research on them and other self-publishing companies, as this was my first book, before I made my decision to go with Outskirts Press. On average, the others would have cost me at least twice as much to go through them, with less to show from it. I chose the Ultimate package, because it offered everything I was looking for–and more! Jackie and Brie have been there for me every step of the way, answering questions in a timely manner. And we were thrilled when the books arrived at our doorstep days before we expected them! The marketing materials that I have received by email have been very informative and useful. I received good reviews from readers that can be seen on Amazon.com. I have my own webpage and Sales Sheet; I even got to do an audio excerpt for my webpage! Outskirts Press makes the process of marketing the book very user-friendly. If and when the time comes for me to get another book published, I will not hesitate to use Outskirts Press!”

Lisa Hare Wimberly enjoys expressing herself through poetry and songwriting as an outlet of her faith. She has three children and four grandchildren, and owns a small business in Elkhart, Indiana, where she resides with her husband, Mark.

This book is comprised of poems and reflections that the Lord has given me over the past few years. Finding that so many need to wake up to the fact that the Lord is coming back soon, I have felt an urgency for others to read and hear what, I feel, comes from the heart of God. We don’t know when He will return for His own, but He has called me to do my part in sharing His love and His Word with those who will hear… I began writing poetry as my mother-in-law lay in the hospital in Elkhart, Indiana… just days before going home to meet her Lord Jesus, whom she loved and served for over 60 years of her life. Even though I knew her for only four short years, during that time she inspired a longing in me to know my Lord better and to draw closer to Him. As a result, my Father in heaven began pouring into me words that became poems and songs… Some of the poems may make you laugh, some may make you cry, but they will all make you THINK!