“Compared to other publishers that I looked over before publishing, Outskirts wins ‘hands down.’ All the benefits Outskirts offers and yet allowing the author to keep all rights to his book far surpasses any other publisher that I researched. My author rep also showed great patience as I traveled the road to publishing my first book.” 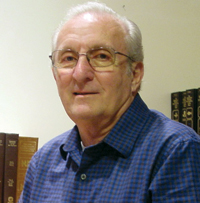 Ronald V Hoffman graduated in 1976 from Moody Bible Institute in Chicago and served with American Missionary Fellowship (now InFaith) for over 30 years. With his wife, Eileen, and two children, he served as an Area Missionary to several rural churches and a youth camp in Southern Illinois. After 15 years, he served as a Regional Director giving pastoral leadership to Area Missionaries in seven mid-south states. Over the years, he has taught through various books of the Bible in churches and Bible studies. He has also taught eschatology several times and is thoroughly acquainted with the doctrine of the last days. 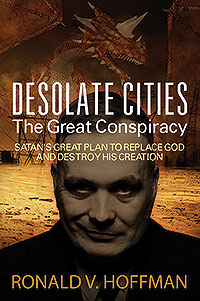 Like out of the pages of a science-fiction novel, this book speaks of the horrific plan Satan has for our world. It is filled with mystery and intrigue. Brother slays brother, grandma exterminates her grandchildren, and one man hangs on the gallows he prepared for another. God terrifies people by speaking to them from a quaking-fiery mountaintop. A beautiful woman deceives the entire world with her magic religious potions. World leaders are controlled by demons, while large hideous demon armies inflict great pain, suffering and death on the world’s population. Frog-like creatures perform great signs and wonders. In contrast, God has a wonderful plan. The world will experience a rebirth where justice and peace will prevail. The earth will blossom with renewed beauty, lions will eat grass and children will play with deadly serpents. A city descends from heaven with streets paved in gold while city gates are constructed of one huge pearl. A crystal-clear river will flow from God’s Throne and the Glory of God fills the city with magnificent light.

“Up to this point, my experience has been a great experience. At each stage of production to promotion, representatives for Outskirts were professional and knowledgeable, which made for a smooth publishing experience.”

This book, Love and Truth, is like a vitamin. Important nutrients are condensed within a single source. Likewise, love and truth are spiritual nutrients, the bread, which Christians live. This book offers unique perspectives of the spiritual bread of love and truth, through the role models of the Greatest Generation; a short story entitled, “An Ill-timed Fairy Tale; Christ’s portrayal in “This Love Story is not a Short Story;” God is in the USA’s Capitol today; the belief that Christians need to be segregated – or eliminated – like African Americans were in another time in history; and a prophetic portrayal of the final standoff between the Holy Trinity and the three-in-one devilish triumvirate, within “our” Brave New Immersive World.

“I am very impressed with Outskirts Press for helping me become an author. My appreciation goes out first to Tina, Larry, Jennifer, and then Anna and Marketing Assistance people and mostly I like to give credit to the people that brought this book to the public in a book that will be around for a lifetime. I will continue to let Outskirts Press print my books in the future. Thank You.”

Scholar, Teacher, Preacher and Speaker. Online teaching of the O.T. and N.T. Church superintendent and teacher 1965. Became a preacher in 2006, and a scholar in 2009. Married over 54 years, with 3 children and 7 grandchildren. Over forty years of research of the Bible, into the Hebrew and Greek languages, I have come to the conclusion that the churches have misconceptions of their teachings and doctrines. This book is written in hope to put their teachings back in the proper place, but it is their choice to do or not to do so. Now I have written to the people, about the true teaching of God, and not man, where they can see what really happened in the Bible and what will happen. Then they can make their own choice.

Now is the time for truth to be taught. Why the rebellion of the angels in the beginning? What really did happen in creation. What was the fruit that Eve really eat in the garden and why was it a sin? What the fallen angels did for 3000 years after creation. Jesus teaches prophesy and why will there be a war of the mind in the end days. Revelations is not scary explaining the seven seals, seven trumpets and seven vials. Why we need the two witnesses that come before the two different seven headed beasts rise to power. What the mark of the beast really means. Documented proof that there is no burning hell forever. Why it is not over after Christ comes. The tree of life. Explaining the rapture. Plus a Bonus Book about The Two Witnesses

“The publisher was faithful to make corrections for editing.”

Arthur W. Coffey, Jr. has served as a parish pastor for fifteen years, an Army chaplain for twenty-three years, and a Veterans Affairs Medical Center chaplain for twelve years. He was mobilized for Operation Desert Shield, Operation Desert Storm, Operation Joint Endeavor, and the Humanitarian Aid tour to Guatemala. Coffey is the recipient of the Witherspoon Award for “most creative use of Scripture,” presented by the National Bible Association and the Armed Forces Chief of Chaplains.

I have always been one to raise a red flag when people begin talking of end times and current events. I would usually dismiss it and reference Jesus’ statement that “no one (would) know the day or the hour.” (Matthew 24: 36; 25: 36) Since as early as A. D. 960 there have been “millennialists” who stir people up with prophecies, causing them to wait on the mountains or by the seashores only to see time continue to march on and scoffers as described in (2 Peter 3: 3-7). However, in the last several years, I have been led to say that it would be wise to read the newspapers and the Scriptures at the breakfast table at the same time; there is such an intense overlap. In a rebuke to the religious leaders of His day, Jesus said: . . . O ye hypocrites, ye can discern the face of the sky; but can ye not discern the signs of the times? Matthew 16: 3b KJV Jesus, in answer to His disciples’ question about when the end would be, also said that we should be like a farmer who takes note of the seasonal signs of the trees, etc. to know-a “wake-up call” – that the season is near. I believe there are clear, certain and concise signs of the season in the present day. My Coach tells me that this will be the late, last run.