“My Author Representative was terrific.” 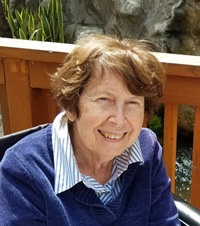 Jo D. Tanenbaum grew up at the time of the polio scare and remembers the 1955 announcement of the success of the Salk vaccine. She is a retired French teacher, and lives in Los Angeles, California. 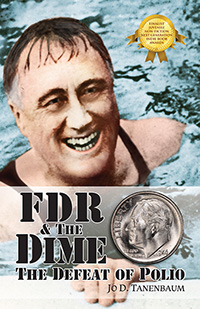 The only four-term president, Franklin Delano Roosevelt, led the U.S. to victory in World War II, led the country in the Depression, and conquered polio with the March of Dimes. Americans defeated polio by sending nickels, pennies, and dimes to Washington for research in the fight against polio. ‘Polio’ was the scare word in the early 1900s just as ‘cancer’ is the scare word today. This book tells the story of why and how Roosevelt founded the Society for Infantile Paralysis and the world-renowned Roosevelt Institute for Rehabilitation in Warm Springs, Georgia.