“As usual, Lisa was superb in rendering assistance and clarification where needed in the production of this work. She is truly a valuable asset to your company.” 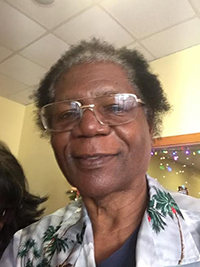 Elwood Edwards has always had a passion for writing poetry. Most of his poems center around themes of love, inspiration, spirituality, and personal development. He uses a great deal of imagery and metaphors in his writing. Among his self-published books of poetry are The Other Color of Love, Shining Eyes Shine Brighter, Love and Paper Rumors, and The Philosopher’s Tears. Elwood currently is a resident of Palm Coast, Florida. 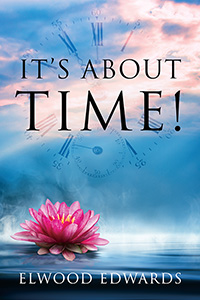 Poetry-Like Laughter-Is Good Medicine! Poetry is a two-way mirror through which we view the world. As we probe for meaning, we discover a new appreciation-a new understanding of what life is all about. We make use of a gamut of emotions when we indulge in poetry that mirrors our perception of reality, keeping us attuned to ourselves and connected with others as well as with the universe itself. It’s About Time! is a telescopic, panoramic view of how poetry elucidates our lives with clean fun, laughter, and ways of healing, improving, and loving ourselves and others. With poems like “Tasty Blue and Sweet Too,” “Sticky Fingers,” “Super Glue,” “A Gnomic Trend,” and “Huh?” this fun, lyrical collection will move, inspire, and entertain.

“The team of Terri, Joan, Dana, Jennifer, Jackie, Catherine and Heidi was professionally outstanding! My experience of publishing with Outskirts Press was simply outstanding. During the course of four months, I published three books: WANTED: Eight Critical Skills You Need To Succeed!, The Doom Loop, and Field Studies. As they say in the Navy, “BRAVO ZULU, OutskirtsPress!” (Well done!)”

Charles Cranston Jett is a graduate of the US Naval Academy and served in the US Navy nuclear submarine force. After completing his naval service, he received an MBA degree from Harvard University and entered the business world in management consulting. During that time he was a regular invited speaker at the nation’s top business schools (Harvard, Stanford, Wharton, Chicago, Northwestern, Michigan, etc.) speaking on the subject of career management and skill development. In the early 1990’s, he formed his own business focusing on skill development and created a highly successful work-based learning management system called Coop2000®. He is a dynamic speaker and published writer, authoring “Whatever Happened to Corporate Loyalty” and “Critical Skills and the CEO” for Chief Executive Magazine. He has been an invited presenter to national conventions of the American Psychological Association on the subject of skill development and The Doom Loop. He has two successful blogs on the subject of critical skills and the Doom Loop: http://criticalskillsblog.com and http://thedoomloopblog.com.

Today, it’s harder than ever to compete in a more competitive job market. It’s harder to get ahead, and it’s harder to keep up with rapidly changing technology. So what’s the secret to success in our careers? How do we or our children become productive and thriving citizens in a modern democratic society? “WANTED: Eight Critical Skills You Need To Succeed” outlines the critical skills essential for success in a career as well as in everyday living – skills not typically taught directly in high school or college. Designed for those who want to advance in specific careers, for students, and for those who seek personal advancement, this easy-to-follow guide clearly defines and shows us how to develop critical thinking, communication, production, information, analysis, interpersonal, time management, and continued education skills.