“I felt like I had a seat at the table of decision making with My Author Representative. She gave me the confidence to trust the process.” 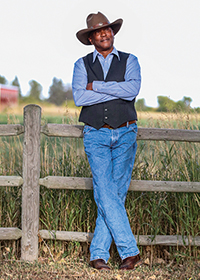 Gaylan Wright served in the Air Force before joining the Wyoming Highway Patrol. This is a sequel to his first book, Slave to the Dream. 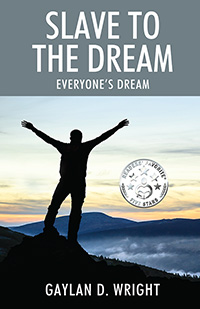 “The American Dream need not forever be deferred.” – JFK.
“Slave to the Dream: Everyone’s Dream is a work of non-fiction written in the style of a memoir by author Gaylan D. Wright. Sometimes focusing on some tragic and/or surprising events that more sensitive readers may not wish to experience, this candid and honest account details the history of the author’s eighteen-year career with the Wyoming Highway Patrol. Discussing themes of the American Dream and the true measure of success in life, Wright takes us through the life of a trooper from training to tragedy and back again, with the idea that dreams are not always what they seem, for worse and for better. Author Gaylan D. Wright has crafted an honest work that is sure to speak to its audience on many levels. Fans of the memoir style of non-fiction will love the anecdotal narrative tone and the emotional freedom with which the author writes, allowing us into his unique world to see and do what must be done from his perspective. The life of a state trooper is a difficult and interesting lens to explore and, though some of the experiences are harrowing and even unjust, the overall message is one of service and of making the world a better place for those around us. This pivotal theme keeps the tone up and the message inspiring throughout. Overall, Slave to the Dream: Everyone’s Dream is a fascinating perspective that is sure to satisfy fans of both police history and memoir stories with heart. In an eventful eighteen years with the Wyoming Highway Patrol. From routine traffic stops to unthinkable tragedy, the highway patrol sees the best and worst of human nature. Wright examines the training process, the brotherhood of service, and the ups and downs of working as a state trooper. With candor, thoughtfulness, and humor, Wright illuminates the daily life of the thin blue line and provides insights about personal character, racial injustices, and the ways people can contribute to making the world a better place. The writing is insightful with a reflective nature in the narrative and this unique style opens the story with a strong distinction between one who effectively leads and one who simply manages. Readers will find lessons in this book that will help them take control of their own lives, make decisions that positively impact others, and discover the intangible threads of our humanity that bind us together. The writing is simple and fluid and filled with insights. Gaylan D Wright makes social, political, and cultural commentaries, inviting readers to ponder on American reality and to be open to positive criticism. While this is supposed to be a personal story, the author uses it to uncover the broken parts in the American dream and shows readers the attitudes and values that can make the country a better place. Slave to the Dream: Everyone’s Dream is a powerful testament of a patriot and an intelligently written story that shows the connection between personal life and nation-building. Gaylan D Wright made a difference in his career and, in this book, he teaches readers how to stand up.” – Reviewed By K.C. Finn for Readers’ Favorite

“Slave to the Dream: Everyone’s Dream by Gaylan D. Wright is the story of a determined man as he shares his life’s story with readers and what it meant to be in his shoes. Everybody wants to live the American Dream, even if it is far-fetched or out of reach. Gaylan D. Wright was a proud member of the air force, but when the day came for his retirement, he accepted the change with open arms. Unlike other men, he was looking forward to living a simpler civilian life. What he thought would be a walk in the park turned out to be the adventure of a lifetime. He shares the sadness that comes with seeing the devastation of guns in his life; he also shares the happiness he found in the brotherhood he formed with the men he served with. He shares his life one day at a time with readers so that they can enjoy the ride along with him as he dreams on. There is a lesson to be learned from this book. The way Gaylan D. Wright opens Slave to the Dream: Everyone’s Dream and talks about guns being a normal part of his life was eye-opening. Gun control needs to be addressed more aggressively because it is being normalized; small children are exposed to firearms by their parents and their elder siblings from an early age, which is not good. That aside, it is hard to imagine that Gaylan D. Wright does not have a writing background. He has a very calming and soothing writing style. The narrative is smooth and flows beautifully and Gaylan shares sides of himself with readers that you wouldn’t really expect. I enjoyed reading his responses, the way he described scenes so vividly and gave me good imagery to have a full sensory experience. This is a really good and enjoyable book, especially for those who enjoy reading about real people.+ – Reviewed By Rabia Tanveer for Readers’ Favorite

“I was pleased with my publishing experience through Outskirts Press. It was great to open the box and see my book for the first time. Thank you for helping make my dream a reality.”

Mary James is an avid outdoors person and has a longtime interest in wild edibles, wilderness and urban survival skills. She grew up in the high desert, in the heart of the recreational region of Central Oregon. When Freedom Turned Green is her first novel and it contains a perfect blend of factual places and experiences with a fictional story. She was inspired to write this book as a way to present a small part of a lifetime of learned survival skills into story form. She lives in northern California with her husband and five children.

Out of the ashes of total economic and social collapse comes a new era, built on ideas and dreams of a better world, but at what point does the quest for a better tomorrow, turn into a battle of blurred moral boundaries. Jane, 17, learns firsthand how fragile our lives can be, and how easily changed when the world she knows comes crashing down and the new world comes at a high cost. Jane lives in a small town of 300 people in the rugged mountains of northern California, and through her and her family’s fight for survival she discovers the preciousness of love and the painful depths of loss. Through it all she learns the importance of a small but powerful thing called hope, and finds strength that can only come when there is no other choice.

“I’m glad I went with your company, I have a long way to go, but at least I know Outskirts Press is 100% behind me!”

This is my first memoir, something I never could imagine accomplishing. I am a dad, I love cooking, listening to old school music and seeking knowledge, wisdom and understanding to share with my fellow mankind.

Based on a true story “Child of a Prescription Drug Abuser” is a riveting, mind blowing, true story about a young man named James who, in the early 70’s, at the ripe age of nine-years-old, witnessed his mother’s and aunt’s downwards spiral, from hard working, middle-class women, to abusers and dealers of prescription pills, provided by their family doctor. Follow James as he enters into a vicious world of drugs and violence that he never knew existed. As he got older, his teenage years become a dark, horrific, and sad reality of being exposed to drugs at an early age and eventually became inherited into him, leading him into a gateway of smoking marijuana, drinking and gang affiliation. Years later, a new drug came into play, called “Crack Cocaine.” This drug swept the nation, and became an epidemic, getting James hooked and turning the rest of the inner-city communities throughout America into total chaos and destruction! After seeing his homeboys getting killed and lengthy prison sentences, he eventually ended up going to jail for selling crack cocaine, that’s when he decided to turn his life around, and pursue his love for football. Upon his release from jail, he enrolled into community college and earned a full Athletic Scholarship to play football at a University, graduating from college with a Degree in “Broadcasting/ Mass Communication” and had a Free-Agent try out with a professional football team. If you ever doubted yourself, had a member of your family or friend battle drugs, alcohol or any other kind of addiction, “Child of a Prescription Drug Abuser” will shock, uplift, inspire and help those with similar situations tear down their invisible wall, giving them insight to live a happy and productive life. James opens up, and shares his personal life story, in hopes that he can help the next person become better, wiser, stronger and not become an abuser of drugs of any kind, whether they are from the inner-city streets or provided by a family doctor!

“I am the author of Stories from the Central African Republic. I really thank you from the bottom of my heart for your hard work, your encouragement and your advices. I am so excited when I saw for the first time the copies of my book. I don’t know how to thank you enough for the fantastic job well done. I will definitely continue to publish the next volumes of my book with Outskirts Press.”

Every story in this book teaches lessons about life. All the stories are well written with details that capture the reader’s attention. Every reader will find the stories in this book very fascinating due to the originality of each story.