“Thank you to all those that worked with me during the publishing experience.” 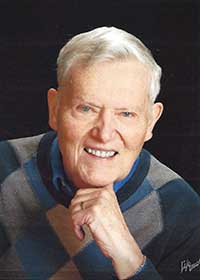 Ken is eighty-five years young. He has a wealth of experience under his belt working in schools as both a teacher and principal. He has spent six years writing this book and has concluded that mentoring is necessary now more than ever for the sake of our children and communities. He realizes that God has gifted each of us with unique gifts, talents, abilities, and interests that will enable us to help today’s young people by connecting with them in a disconnected world. In 2006, the Village of Roselle, Illinois, was honored with the Governor’s Hometown Award for the community-based mentor program Ken established. In 2007, Ken received both the Seeds of Hope Award from Wheat Ridge Ministries and the Alumnus of the Year Award from Concordia University, Chicago… honors that came to him as a result of his leadership in mentoring. He also has been honored for the positive impact he has made with his AIMS mentoring program by multiple school districts. Many of his mentoring materials have been distributed to participants in twenty-six states and seven countries worldwide. With the help of Ken’s expertise, several mentoring programs have been built to enrich students. 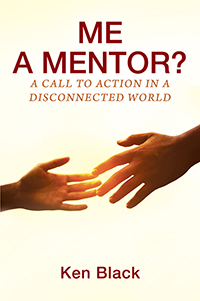 When he was in fourth grade, young Ken Black wanted to be a Lutheran schoolteacher. He followed his calling later in life, teaching middle school students, seventh-graders, and served as a school principal at several schools. He then served as an administrative assistant at Trinity Lutheran Church in Roselle, Illinois. Ken’s teaching experience, his work with seniors, and his observations that young people need a strong support system, eventually led to the formation of the AIMS Mentor Program, a school-based outreach to the youth of the community. Ken’s passion for mentoring is well displayed in the stories he shares and how, through his support systems, he found his calling for mentoring. He explains how AIMS was structured, providing the details of what worked for AIMS as he and others reached out to mentor young people. This book is a useful tool to help you reach out to our youth in a positive way. Find out if mentoring is for you!