“The journey toward publishing my book was amazing. My Author Representative knew every facet and she lead me forward in a most professional way. The copy writing was first class and so was creating the cover and interior formatting, which resulted in the birth of a beautiful, elegant book.” 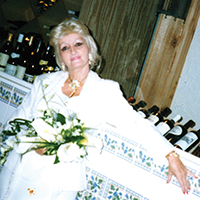 Israeli-born Gail Banter came to the USA via Canada, where she raised a family, taught, was a public speaker, and graduated from McMaster University in Hamilton, Ontario. Now a resident of Lauderhill, Florida, she much prefers the endless summers to the ice-glazed Canadian winters. The Cloistered Oyster and Other Poems is her debut poetry collage. 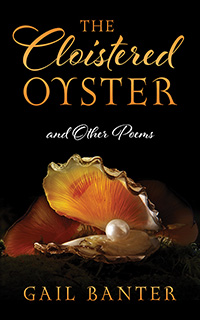 Dive into a unique collection of poems and vignettes with The Cloistered Oyster and Other Poems. Some poems are controversial, unorthodox-even taboo-while others are tender love poems, both breakups and makeups, or quirky observations of the otherwise mundane. Laced with wit, humor, and good intentions, this delectable collection makes a perfect gift for someone special-or simply indulge for your own pleasure!

“My relationship with Outskirt Press during the planning and printing of my book, Wrath of Aphrodite, was very pleasant and business-like. The contact personnel were always ready to listen and solve any problem and to answer my many questions. They were knowledgeable and eager to help me, someone with few computer skills. Outskirts Press delivered exactly what I was promised and in a timely manner. I am writing another book and would have no problem working with them again. Brie who was my author representative deserves my special thanks for her consideration and patience.”

Bess T. Chappas is a retired educator, newspaper columnist, and professional teller of Savannah ghost stories. Although born in Greece, she has lived in Savannah most of her life. The late Pinkie Masters was a family friend so she didn’t think he would mind being a pivotal character in the story of Wrath of Aphrodite. Chappas has published two children’s books based on her early life in Greece, Kiki and the Red Shoes and Kiki and the Statue of Liberty.

A love-struck and possibly vengeful marble statue of Aphrodite, the Greek Goddess of Love, becomes the third party in a love triangle in hot and sultry Savannah, Georgia in the 1970s. Michael Andrews, a handsome but troubled young man, is on the lam, fleeing Las Vegas pursued by a violent mobster. He seeks refuge with his godfather, Pinkie Masters—modeled on a real-life almost legendary Savannah figure. From there, Michael’s southern sojourn includes an encounter with a powerful politician, who has unusual marriage plans for his beautiful daughter, Stephanie, and a mysterious sexy encounter with a dangerous sculpture in the senator’s garden. Maggie, the senator’s housekeeper and granddaughter of a Gullah medicine woman, believes the statue is evil and becomes Michael’s unlikely ally. Michael searches for history of the statue he both admires and fears and is led to St. Augustine, Florida and a possible connection to a little known settlement of European settlers near New Smyrna established in 1767. Can he find a way to destroy the statue before he loses Stephanie’s love and the surprisingly happy life he has found in Savannah?