“Everyone at Outskirts Press was wonderful and has been helping me through the publishing process. I am a first time author, and knew nothing about it. It is so exciting! I never thought it would happen, but with your staff’s help you have made my dream come true! Thank you so very much!” 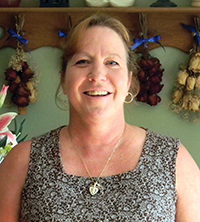 I have loved the outdoors and photography, for as long as I can remember. Being from a family of seven, had a lot to do with that. They are some of my fondest memories. I then spent five years studying Latin, botany, and horticulture at the well known Longwood Gardens in Pennsylvania. I had my own landscape business for about fifteen years when we lost our oldest daughter. Then came our two beautiful grandchildren by our only other child. Owen and Addison, literally saved my life. I recently have suffered a spinal injury doing a paver sidewalk that called for spinal fusion surgery( twice.) And these are the outdoor adventures that I wrote for them. My vision now is to share them with all children to excite them on this subject. There are ten stories full of great information for boys and girls. Clues on every page to help them appreciate and preserve the nature of the world around them. I hope that you enjoy them as well. 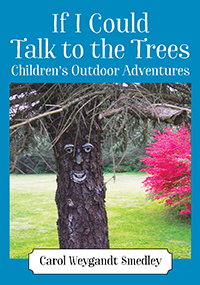 “Before I found Outskirts Press, I used another publisher for an earlier book and the difference was like night and day. Throughout the process of publishing 13 Days in Africa, all the members of my appointed Outskirts team helped me make decisions about what would work best from the content to the cover without exceeding my budget. The Outskirts print-on-demand service was quick and efficient in filling book orders. I would not consider working with any other publisher again. And yes, I’m already starting on the next book—a sequel to 13 Days in Africa.”

Kay Peterson’s life experiences and extensive travels have brought her in contact with people from many walks of life. After nine successful non-fiction books, 13 Days in Africa is her first venture into the creative world of fiction. Kay’s devoted readers hope she will continue to offer stories as intriguing as this safari adventure.

When tourists on an African safari are kidnapped by bandits, it changes their lives…forever. For Sarah, an American nurse who has just lost her job, it means accepting her past in order to find the family she always wanted. Sarah’s group includes a teenager named Boy trying to discover why he is alive; his racist father who resents his son’s existence; a former drug addict trying to rebuild her life, and the wealthy Englishman who loves her. Their leader is an Anglo-African guide haunted by his own ghosts. When the group is left stranded in Africa’s wild savanna, Sarah learns the value of living every moment, the importance of helping each other, and that hate and cruelty are two of the disguises worn by Fear.

13 Days in Africa is a memorable and evocative story of love and hate, kindness and cruelty, and the peace that comes when we can accept who we are.

“I have four fiction books with two completed sitting on my computer where they probably would have stayed if it wasn’t for my wife prodding me to get Outskirts Press help. Writing to me has always been an escape and relaxed me and never for profit, but with the help of Outskirts staff I have published my first book and the ease, professionalism, helpfulness and follow through I could not have asked for anything more. With the great feedback and sales of my book, I will surely be a repeat author with them. Thank you for all your help with my first fiction novel “The Island of Macbeth” and keep those marketing tips coming, they work!”

Mike Kostensky was born in 1958 in Dayton, Ohio. Mike and his wife Debbie own and operate the Kent, Ohio landmark restaurant Mike’s Place, established in 1987. Mike’s Place features the largest menu in Ohio…and maybe in the nation: an obscene, exotic celebration of down-home cooking and comfort food, generously garnished with humor. Mike’s Place sells hundreds of its menus annually to delighted guests. Mike and Debbie have four children, who put up with their father’s insanity at home, in the restaurant, and beyond.

Mitch started his writing career with big dreams, but he’s settled into an empty life of one-night stands, late nights at the bar, and failed ambitions. His latest assignment seems like a dead end: he’s been assigned to Macbeth, a tight-knit island community off the coast of Massachusetts, where the quaint down-home values of Norman Rockwell and Mayberry still hold sway. But this little piece of paradise isn’t immune to the modern world, and Mitch finds himself caught up in the unthinkable: Macbeth, lacking support from the mainland, yet not allowed to govern itself, secedes from Massachusetts. The consequences of this decision are far-reaching, as a small community shakes the foundation of the United States, facing a bloody battle they would never have chosen…and their spokesman becomes Mitch, the journalist who learns that he is not the man he thought he was, as he becomes more enmeshed in the life of the islanders, and discovers what love really is. A modern-day epic about the ways in which war impacts real people. The Island of Macbeth is a thought-provoking, inventive novel that will challenge and entertain you.

“I have to admit the whole experience was truly remarkable. I chose the “One Click” package which allowed me to sit back and watch the Outskirts Press Team do what they do so well – publish my book. I am presently working with their Marketing Team and look forward to what comes next. Highly recommended.”

Liam McMillan has been a resident of Florida for over twenty years and is constantly amazed that people still believe releasing a foreign species into the eco-system is somehow good for both the animal and the environment.

Geoff Boxer and his dog Gator lead a simple life in Punta Gorda, Florida, where Geoff is a professional tracker. His job is to find missing or lost people and to track down escaped prisoners or other individuals wanted by the authorities in the worst possible environments. But Geoff’s laidback, semi-reclusive lifestyle is about to be turned upside down as his friend Maria Sanchez—a wildlife biologist with the State of Florida—begins to investigate the rapid decline of the animal populations in the area. Crying Moon is a fast-paced and thought-provoking debut novel that combines elements of adventure, romance, and danger. It is also a sober reminder of the burgeoning Burmese python problem in Florida. Originally introduced as household pets, the pythons either escaped or were released into the wilds. Today, after years of breeding, the pythons in the Everglades National Park number in the tens of thousands, and their prey includes all of the indigenous species native to the area. With a dwindling food supply, the large snakes—which can grow to over twenty feet—have been forced into the more populated areas, where any warm-blooded mammal is a potential meal…