“Gwen was exceptionally courteous, helpful, understanding and patient! Overall, I would do it again now that I have a better understanding of the process and expectations of Outskirts Press.” 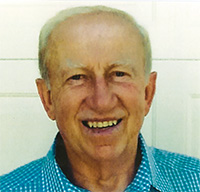 Stan Scherr is a retired farmer and rancher from Seibert, Colorado. He is a retired teacher, a volunteer at his local YMCA, and an honored Colorado Hall-of-Fame basketball and softball official. Scherr has been chosen to be on many civic committees and local boards throughout the years as a highly respected member of his community. He is currently an active member of his church and a meticulous auto-detailer. Stan and his lovely wife, Cindy, have been married 46 years and have 3 wonderful children and 11 beautiful grandchildren. Stan and Cindy now reside in Colorado Springs, Colorado. 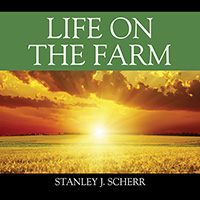 A beautiful depiction of rural life in Colorado. Stan Scherr takes us on a journey in the life of a farmer and rancher in Eastern Colorado. He outlines the history of his parents settling on their farm in Seibert, Colorado during some of the most difficult times in American history—the “Great Depression” and the notorious “Dust Bowl” of the 1930’s. They not only survived these hardships; they worked hard and flourished. Scherr describes the various operations of his wheat farm and cattle ranch with beautiful full-color photos and detailed captions. This is a wonderful presentation of rural life in America.

“This is my second time working with Jennifer, and I am exceedingly pleased with her. Things moved along very quickly and smoothly. From the date of deposit until publication was only eight weeks!”

Gary Lombardo wrote his first novel at twelve. For ten years he was a licensed psychologist, and performed individual, marital, and family therapy. Since being saved by Jesus in 2005, he has endeavored to produce unique and exciting stories that convey the uncompromising Word of God. His first Christian novel, My Friend Jesus, was published in 2009. He lives in New Jersey with his cat Davy.

THE SPIRIT OF GOD CAME UPON HIM IN POWER. It is common knowledge that athletic performance declines with age. So when fifty-two-year-old Chet Hollander-a born-again Christian-confidently announces at a local track meet that he wants to compete in the 100-meter dash, the organizers nearly burst out laughing. And when he then divulges God’s mind-boggling plan for his life-he is to go to the World Championships in Berlin, win the gold medal in the 100-meter dash, and use his newfound fame as a platform to spread the Gospel-they are ready to have him committed. But when he smokes sprinters thirty years his junior and rockets across the finish line in world-class time, no one laughs or calls 911. Determined to prove his age-defying performance is not a fluke, Chet enters the Atlas Grand Prix and races the globe’s best sprinters-and breaks the world record set by Jamaican phenom Tripp Gainer! In the ensuing days, video of Chet’s fantastic victory goes viral on YouTube. And the world is deeply perplexed by two things: How does a man Chet’s age run so fast, and what is that mysterious golden light enshrouding him when he races? Supremely threatened by Chet, Satan recruits his earthly disciples to destroy him: a God-hating sports-channel producer, a ruthless talk-show host, a beautiful young temptress. Despite Satan’s attacks, Chet qualifies at the U.S. Nationals and is headed for Berlin-and a potential showdown with the mighty Tripp Gainer. With memorable characters, nail-biting suspense, and twists and turns, “Running With The Spirit” will entertain you from the first page to the last.