“My experience with Outskirts Press was amazing. I received outstanding service. My Author Representative responded very quickly to any questions that I had. My book is beautiful, and I am very pleased. Outskirts Press exceeded my expectations, and I look forward to publishing more books with them in the future. I would highly recommend Outskirts Press to others.” 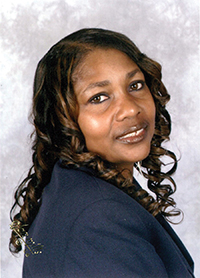 Alethea Nicholson, a native of East St. Louis, Illinois, is an author, speaker, and prophetic intercessor. She is the founder of Destined for Greatness Ministries impacting lives for the kingdom of God. As a result of her miraculous transformation, she has a passion for the hurting and desires to see lives changed by the power of God. Alethea has four grown children, seven grandchildren, and resides in Belleville, Illinois. 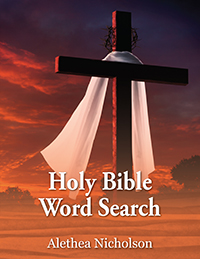 The Word of God in Puzzle Form. God specializes in the supernatural. This book was birthed out of a supernatural encounter with God. You will discover that this is not an ordinary word search puzzle book. This book was created to bring honor and glory to God spreading the Gospel of Jesus Christ throughout the world. This is the word of God in puzzle form. These one of a kind word search puzzles were created using the King James Version of the bible with the exception of a few. As you partake in this journey through this biblical word search book, you will enjoy various bible stories from Genesis to Revelation. As you read the scriptures and work through each puzzle, it is my prayer that you will be empowered, refreshed, challenged, strengthened in the things of God, and blessed beyond measure. All Honor and Glory to our Lord and Savior Jesus Christ. “I love it when a citizen of the kingdom figures out their life’s purpose. It can be quite puzzling. After taking the time to look through this amazing piece of work and the testimony behind it, I believe that Alethea hit the bull’s eye in discovering God’s purpose for her life. This book is amazing! It’s challenging and at the same time rewarding. What a great way to exercise mentally and spiritually….” -Pastor Montonio S. Weatherall

“If all reps are as efficient as Lisa, Outskirts has no equal in the industry.”

Art Stanton spent his formative years as a member of a family of diverse religious denominations. Consequently, he was exposed to mudslinging and grudge grinding among the holiest people in his world, his family members. After years of subjection to various inflexible opinions, it came as a jolt; all of these dissenting opinions were based on one source document, the Bible. This revelation was more than strange. Where intellects were above average, it seemed that religion stymied reasoning capacity so that otherwise cordial family members bordered on hostilities, at least on subject matters that dredged up religious faith. At length, the slogan,” the devil made them do it”, did not seem so farfetched. This text is the result of seeking for resolutions to family disagreements on biblical beliefs in the hope that zealotry may no longer leave the room when reason arrives at the family reunion.

This book extends a reason for the denominational structure of the international Christian Empire, from a biblical perspective. The report also suggests some clarity for the persistent defiance of one lord, one faith, one baptism instruction. These apologetics duplicate the urgency driving the rapture phenomenon, hoping that the reader will delve deeper into the wisdom of our traditional faith teacher (The Bible). If not emerging with synonymous acceptance of its teaching, at the very least with a plausible explanation for persisting disagreement. I, too, see the need for a “more perfect” expounding of the way of God. In a community beset by the trend of increasingly merging different faiths within a single nation, does anyone genuinely feel that the Church concept can survive persisting internal strife? I am alarmed with the proposition that the Spirit of Grace, the word of life, fails in his ability to communicate when he clarifies the word of God to Church leaders. A private interpretation of scripture does not rise to the level of divine inspiration! Finally, uniformity in thought, as assessed by the Creator himself, should encourage our efforts to try again to find the uniformity that once existed among children of God: “And the Lord said behold the people is one, and they have all one language…now nothing will be restrained from them, which they have imagined to do.” (Genesis 11: 6, KJV) Thus saith the Lord.