“It was another very excellent experience with Outskirts Press.” 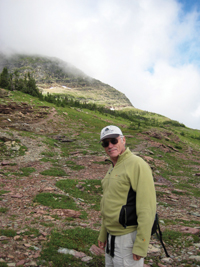 This narrative is drawn from the author’s actual experiences in a land of death-from which sprung love, hope and new life. The people, events and letters are real. Only the American names and one place name, have been fictionalized. 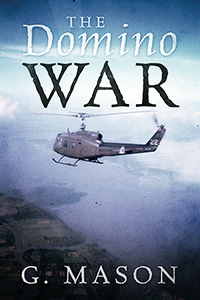 “…THE FALLING DOMINO PRINCIPLE” -U.S. President Dwight Eisenhower, on the communist threat to the countries of Southeast Asia. The Domino War,” sequel to The Crags of Old Rag, continues the Parsten family saga-now with son Jesse drafted into the U.S. Army, sent to the Vietnam War he detested, and surrounded by the raging conflict. Spanning the peak war years 1966-70, the story alternates between the Parsten’s eccentric utopian Virginia farm and Jesse’s wide-ranging adventures and escapades during a time of upheaval in both countries.

“For my first foray into self-publishing, there was a learning curve, but overall it was a great experience. Staff is great and creative/production/graphic arts people are truly talented. We love the finished product. The fees began to add up, there seemed to be many, but many of them were due to my inexperience. Next book will be more cost effective… and there will be another book! I hope to have the same Author Rep! The copy editor was phenomenal. Overall a great job and we’re very satisfied!”

A small north Texas town, summer of 1968. 12 year old Danny, oblivious to the tides of change sweeping America, is living a charmed Huck Finn life in the woods and pastures on the outskirts of a segregated north Texas grain mill town that harbors an ugly and violent past. But Danny also carries a dark, shattering secret that he struggles to keep from his family and classmates during the epicenter of adolescent social experience; junior high school. Wounded and afraid, he ventures into his new, racially mixed school across town that is vastly different from his modern, all white elementary school. Danny becomes witness to the social tides of change beginning to sweep through an insular town long protected from the outside world by Jim Crow and the bosom of surrounding pasture and ranch land. This is the poignant, funny, tragic and ultimately uplifting story of a wounded, lonely boy and a country at war with itself during a defining era in American history. It is dedicated to all those who struggle to overcome adversity simply because there is no other choice.

“I have been very pleased with the professional treatment I have received during the publishing process. The representatives from Outskirts Press have been very knowledgeable. I am very impressed with your company. My book looks great, and I am very proud of that.”

Mark Reinsmoen is a Luther College graduate who retired from teaching after 36 years in the classroom. An Army infantry veteran of the Viet Nam War, Mark is an avid cyclist, and he has taken several bicycle trips through Norway, France, and the Western United States. In 2010 and 2011 he completed RAGBRAI, the official bike ride across Iowa along with over “10,000 friends.” Mark has enjoyed participating in sports since his early years in Iowa, and he continues to pursue athletics by running, biking, swimming, and playing softball with other “seniors” at Sun City Grand in Surprise, Arizona. He and his wife Dianne spend their winters there, living very active lives and hosting sleepovers for their three young grandsons, (ages one, two, and three). Mark and his wife return to Burnsville, Minnesota, for the summer months to mow the grass, cheer for the Twins, and swat mosquitoes.

The early 1960s was a time of innocence and a time of promise as America was holding its breath, preparing itself for major changes that began emerging throughout the country. J-Hawk Nation paints a portrait of those magical years in a small rural Iowa community, as seen through the eyes of a sixteen-year-old boy. The heartfelt, nostalgic anecdotal stories recall milestones familiar to every reader . . . first love, the search for personal identity, questions that needed to be faced about the high school years and what lay ahead. But the soul of J-Hawk Nation is the extraordinary basketball team that is playing in its school’s final season, and the possibilities and dreams that open up when a sports columnist begins to write about the team and becomes involved in the team’s quest to leave a lasting legacy for the community. This lyrical tribute to the golden years of an unforgettable decade will resonate in your memory long after you have turned the final page.

“I’m most happy to provide you with a most heartfelt testimonial. The experience I’ve had with Outskirts Press has been fantastic compared to the nightmare I had with a ‘large self-publishing company’ on my previous novel.”

Philip Michaels writes from personal experience about San Francisco, Berkeley, and Harvard during the dynamic and turbulent late 1960s. Before taking an early retirement to focus on writing, he was an executive for a major financial services firm in San Francisco, where he still resides with his wife.

Love Me Two Times is a poignant, ill-fated, love story that vividly recreates the sights, sounds, thoughts, mood, and tumultuous events of the late 1960s.