“There was, at every stage, close and quick communication, which is essential.” 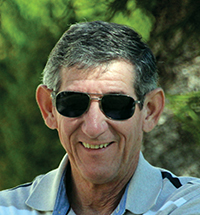 Ronald J. Wichers was born in Lake Ronkonkoma, New York in 1947. He attended Catholic School until 1965, studied History and Literature at the University of Nevada at Las Vegas until being drafted into the United States Army in 1970. He was assigned to a rifle company in the 25th Infantry Division in Vietnam and, after sustaining severe wounds, including the loss of his left arm, was awarded the Purple Heart Medal, the Army Commendation Medal for Heroism and the Bronze Star Medal. He later studied theology full time, at the Graduate Theological Union in Berkeley California as well as two diocesan seminaries. He has published several short stories about the Vietnam war. 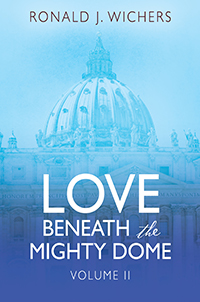 This second volume of the trilogy, Love Beneath the Mighty Dome, continues with the accounts of several Catholic Faithful: Father Manny Moriss, the reclusive and ever faithful traditionalist. Manny’s friend, from their days at Saint Simeon the Stylite Seminary, Father Louis Poustello, a self-willed renegade. Father Al Dible, a staunchly faithful gay man, tortured by his unwavering but self-destructive love for an institution that condemns the most intimate aspect of his being. The return of one, Tarkington Spilburn, a sick, soul-less, demented fiend and priest-everlasting, in the order of Melchizedek. Patricia Healy, the enthused young woman who would be ordained but for her sex. Monsignor McNeery, the foreign-born Irishman, backbone of the Church in America and champion of the poor.