“It was an excellent experience and the whole process went well. So happy ending.” 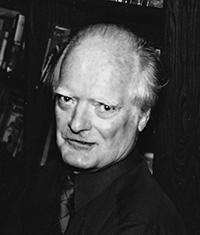 Dr. E. Philip Trapp is a clinical psychologist and scholar who taught at the University of Arkansas for four decades and has received numerous awards (e.g., the first recipient of the Arkansas Psychological Association’s Distinguished Service Award and Who’s Who in America’s Albert Nelson Marquis Lifetime Achievement award). In his retirement years, he has used his life experiences, his knowledge of human nature, and his gift for storytelling to write both fiction (“The Red-Ribboned Letters” and “Did the Smarter Apes Stay in the Trees?”) and non-fiction (“Memoirs of a World War I Baby Boomer”). 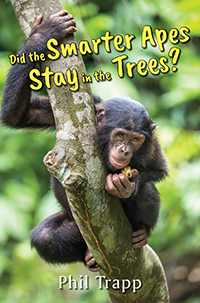 Does the state of the world leave you feeling battered, gloomy, depressed?  Phil Trapp’s new book will have you laughing despite yourself. The title – Did the Smarter Apes Stay in the Trees? – should be a dead giveaway that this satire takes an irreverent, tongue-in-cheek look at human foibles. The book is written in the form of five taped dialogues between Grandfather, the fount of wisdom, and his newly graduated, somewhat lost Grandson. Grandfather proposes a hilarious group of related theories about human intelligence, including the role of Dum-Dum (DD) and Smart-Smart (SS) cells in some of the more irrational, ill-considered, yet basic human behaviors. Few beliefs are left unchallenged, beginning with Adam and Eve and continuing through healthcare today. Grandfather’s theory can explain the brilliance of the discovery of DNA, the invention of quantum mechanics, and the landing of a space shuttle on the moon. On the other hand, the theory also sheds light on such follies as the boarding of flies and mosquitoes on Noah’s Ark, Custer’s Last Stand, and the vote for prohibition. Drawings by Rhonda Butler underscore the whimsy in some of his concepts. Over these conversations, Grandfather also shares his understanding of the inconsistencies and inherent flaws in the perspectives of many in our most valued professions, including medicine, theology, science, education, and law. Nothing is sacred. Each new revelation pushes the satire further, challenging commonly-held beliefs. The reader is torn between laughing out loud, wincing, and snickering appreciatively at the creativity of Trapp’s reworking of the facts of life as we know it. Some examples of Grandfather’s dry wit will help flesh out the workings of his mind. On human intelligence: “Since the brain is 80 percent water, it’s little wonder most of our lives are all wet.” On religion: “That it’s much more fun being bad than good is proof of the pudding there is more devil than angel in us.” On health: “Heart mechanics charge a heap more for valve jobs than auto mechanics because they have to keep the engine running.” A secondary theme running through the dialogues is the common flaw of taking life too seriously, the tragedy lying in the roadblocks it sets up to happiness, the much-needed balance to grim reality. This is a book to be read slowly and savored. The levels of meaning and humor can be appreciated on first reading, but there is even more to enjoy on subsequent readings. The satire can also be an ideal gift to a friend or relative associated with one of the professions challenged in Grandfather’s world view.

View all posts by Outskirts Press