“I considered myself extremely fortunate to have published with Outskirts Press. My Author Representative was kind, courteous and professional in every way and just as important she is always prompt in responding to my questions and concerns. I will be publishing with Outskirts Press in the future as well.” 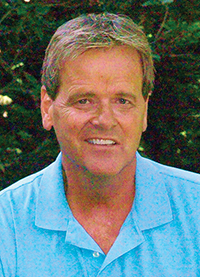 A President’s Dithering False Bravado is Gary R. Patterson’s sixth book over the last ten years-all of which chronicle and critique the eight-year, two-term Presidency of Barack Obama. garyrpatterson.com 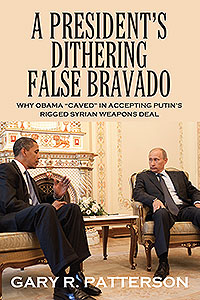 Obama Repeatedly Vacillated Over Bombing Syria. A President’s Dithering False Bravado meticulously examines and chronicles -hour-by-hour – exactly who and what happened that could have so abruptly caused President Barack Obama to make the consensus, greatest foreign policy blunder of his eight-year Presidency: to wit, backing down, ultimately for good, from enforcing his “Red Line” Ultimatum against Syrian President Bashar al-Assad for launching an Internationally-banned chemical weapons attack against his own people in August 2013, killing over 1,300. Inexplicably, within less than 90 minutes after his unwavering announcement to the world (on September 30th, 2013) that the United States may indeed bomb Syria, President Obama suddenly changed course and was already contemplating calling the whole thing off. What’s more, dithering even further – less than 24 hours later – President Obama stunningly reversed himself a second time the very next day; by contradictorily declaring “Now after careful deliberation [apparently overnight], I have decided that the United States should take military action against Syrian Regime targets…So to all members of Congress of both parties, I ask you to take this vote (to grant Obama authority to act militarily] for our National Security… I’m ready to act in the face of this outrage.” And yet three years later in 2016, Barack Obama incomprehensively contradicted himself once again; insisting that, in truth, no such threat to U.S. National Security, in fact, ever existed in 2013 after all. Moreover, only six days later (on September 6th, 2013), President Obama utterly reversed himself for the third time in just eight days by ultimately conceding to Russian President Vladimir Putin that the United States would call off its military strike against Syria if Bashar al-Assad would just agree – as his only penalty – to surrender his country’s entire banned chemical weapons arsenal to the International Community. A condition to which Assad ultimately did not comply with and for which Assad and Syria were never punished militarily throughout the remainder of the Obama Presidency. And the President dithers even more…