“Everyone I worked with was great. My Author Representative was responsive, understanding and provided good advice. I’m looking forward to writing my next book named The Pueblo Puzzle.” 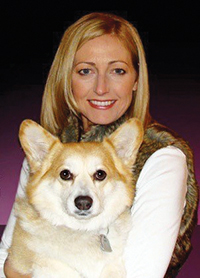 Mick Davis is a lawyer by training, businessman by vocation. His law practice and work has led him to most States and Provinces of Canada and into England. He was born and raised in California and did graduate school in Oregon. Mick has resided with his wife Lin in Scottsdale, Arizona for years. This is his first attempt at writing a novel; hence his reliance on daughter, Krista. KRISTA DAVIS LAKE 1972 – 2018 Krista Davis Lake, passed away in early 2018 as a result of melanoma cancer. For ten years prior, Krista and her father Mick worked together in their business. Prior, Krista spent ten years working in local television after earning a master’s degree in broadcast journalism from the Walter Cronkite School of Broadcast Journalism from Arizona State University. She leaves her loving husband Jeff and two faithful Corgi dogs, Tessa and Jackson, in addition to her mother Lin and father Mick.New 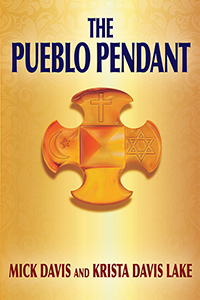 New Mexico: The Land of Enchantment, Excitement, Intrigue, mystery and double-cross. While golfing in the Conrad Hilton Open in Socorro, New Mexico, former Miss New Mexico, now detective, Miitrai Riley is ‘blasted’ into a case of attempted murder of young space scientist Will Craven. Earlier, violence erupted on a dark Sunday night in the small ‘rustic’, town of Frisco Flats, where Craven and his priest were discussing ‘morality questions’ of his research of the scientist’s ‘secret’ space discovery. The Vatican was contacted, the answer was ‘stop’; a scientist-partner ‘mentioned’ it to his fiancée at a mega-church; it was a secret no longer. After leaving the rectory, a bizarre ‘bola’ assault was made against Cravenby a motor-cycle rider a warning was given to him and the Priest. Later the bike-rider ‘dumps’ near a bridge in town. His back-pack with a ‘pendant’ inside is pitched into the water where later a corgi dog finds it. The pack is taken to the local Sheriff, Frank Baca. Two weeks later, a ‘fisherman’ arrives in town seeking the pendant, ‘ I lost while fishing’. Sheriff Baca is suspicious. Lead flies and the fisherman dies. Others arrive seeking the ‘pendant’. Native American Detective, Miitrai Riley realizes the pendant is similar to one her old grand mama on the Acoma Pueblo has kept for years. – ‘strange’. Mysteries abound as violence escalates; a kidnapping in front of the cathedral in Santa Fe, a gun fight in Frisco Flats and a violent crash of a multi-million corporate jet at an Alabama airport keep the action level high. The young woman detective uncovers a crime infested foreign corporation, a huge religious money laundering scam, both seeking to recover the pendant and stopping Craven’s research. County, State, Indian Reservation and FBI agencies interact in the final events. The case comes to an explosive end in a mysterious building near the ‘atomic city’ of Los Alamos. Or did it?