“This was my first book and I was apprehensive from the start but Outskirts Press holds your hand through the entire process. Thank you Outskirt Press.” 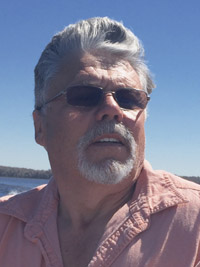 Gary Timbrell was born on a small farm in the Cotswolds’ in the county of Gloucestershire England. He immigrated to America in his early twenties, a Resident of Florida. He has always loved telling stories, most about events that have happened throughout his life. He’s always been interested in space since the Gemini missions and the moon landings. Having an electrical and electronics background, and Following these interests, he became fascinated in AI and robotics. A culmination of his knowledge, imagination and story-telling abilities produced this, his first Sci-Fi book. 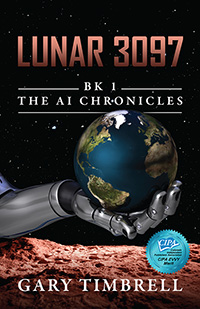 In the near future, mankind has made amazing advances in technology and science. The human race has always had an insatiable appetite for knowledge and an inherent need to explore space. In an attempt to justify mans existence, we search for extraterrestrial life, and out of pure need, we search for new forms of energy. Earth is running out of natural resources, such as fuels and arable land to grow food to support the ever growing population. A population that with the strides made in medicine, now has a life expectancy of over 100 years. The sheer amount of time it takes to reach deep space traveling at only half the speed of light, made it necessary to build robotic machines to send on one way trips, some of which could take ten years to reach their destination. Eventually, the simple robotic units evolved into humanoid forms. It was noted that feet and hands could reach places that a wheeled vehicle couldn’t. When artificial intelligence became advanced enough and introduced to the robots, they eventually became self-aware. People then began questioning the ethics and morality of sending, what some now considered sentient beings, on one way trips. Facing such a dilemma, Abbey Skyler decides to take matters into her own hands, her actions create a whirlwind of problems that quickly spin out of control. Now the question is; Can Abbey with the help of her team, regain control of the AIs and complete what started out as a routine mission. A mission that has become crucial to humanities very existence.

One thought on “Introducing Gary Timbrell, author of Lunar 3097: Bk 1 The AI Chronicles”