“After completing my fourth manuscript, and after having already published my previous book with Outskirts Press, I did not hesitate to have my latest book – The Parliament Men – published with Outskirts Press. During the entire process I was again pleased by both the attention my book was given, and by the timeliness of the process. The entire publishing process was very professional. As the book went into production a small problem arose, but this was something that was quickly corrected to my satisfaction by Outskirts Press – kudos to them for realizing the problem and correcting it a timely manner. I have nothing but positive comments to offer about the entire staff I worked with – Brie, Tina, and others were great to work with. One of the many positive steps I like about Outskirts is how they handled everything needed to turn my book into a Ebook for me! Great job by all!”” 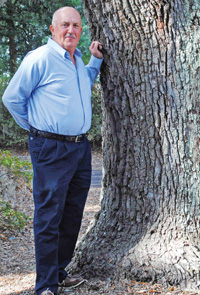 Peter F. Warren is retired from the Connecticut State Police Department. An Honor Graduate of the Connecticut State Police Academy, he is also a graduate of the University of New Haven, and of the FBI National Academy. He is also the author of The Horry County Murders, and two Civil War novels. Currently, he resides in South Carolina with his wife. 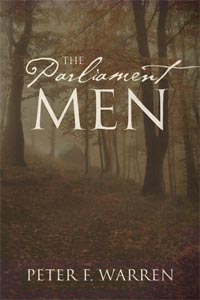 “Peter Warren has again created another extraordinary piece of work with his latest book. As a former homicide commander, this book captured so well the experiences and encounters homicide detectives are confronted with each case they investigate. Readers will find this story riveting and hard to put down as they follow Warren’s detectives and the clues they are pursuing.” Director Roy E. McKinney, Maine Department of Public Safety Drug Enforcement Agency, and co-author of The Journey North.

“Once again Peter Warren delivers a book full of suspense and intrigue. This wonderful story keeps the reader engaged until the very end.” Nancy Engle, author of ‘Murder at Mount Joy’ and ‘Image of Perfection.’

“Peter Warren once again delivers a compelling read, inviting all to his captivating storyline. Entrancing us with character and intrigue, Warren carefully weaves a tale that will hook the reader, dragging one into a net of suspense and drama and begging for more! The Parliament Men is a must read!” Catherine Lowery, author of Bella and the Muddy Puddle.

“I have just finished reading the newest book written by Peter Warren. Even from my position as that of a veteran law enforcement officer, I found the story to be exceptionally well written, full of suspense, and very exciting. Readers who enjoy a good murder mystery will thoroughly enjoy The Parliament Men.” Captain (Ret.) Edward L. Odom, Alabama Department of Public Safety, and co-author of The Journey North.

“The Parliament Men is the newest in Peter F. Warren’s series featuring retired state trooper Paul Waring and his Georgetown County law enforcement friends. I have been a fan of this series since “Confederate Gold and Silver” and “The Horry County Murders.” These books introduce us to Warren’s hero, Waring, a retired state trooper from Connecticut who becomes friendly with local law enforcement and is drawn into a quest for confederate treasure and solving crimes. Subsequent books enlarge the role of Donna, the protagonist’s wife, and in this novel, we see a wider role for female police officer Lt. Audrey Small, who works for the Georgetown County Sheriff’s Department Major Case Squad’s Capt. Bobby Ray Jenkins (also Waring’s close friend). Warren knows his police procedures. Like his protagonist, Warren is a retired Connecticut state trooper and lives in Pawleys Island with his wife, Debbie. As with his other books, Warren is great on characterization, plot and dialogue, and I love the way he establishes and builds the camaraderie among characters. In addition, no matter how tough the crimes, Warren always writes with respect. He knows how to convey horror and mayhem without resorting to bad language or graphic detail. He can horrify us without gore. The crime that opens this book is a horrible one–the death of a group of young men sharing a home, murdered and found in a burned house. The death toll climbs to five, and Waring, despite wanted to stay out of things, is drawn into the investigation once more at the behest of his local crime-fighting friends because of his experience…The book moves well and, once again, to a conclusion that satisfies. It also opens the way to another novel. I look forward to the next adventure in the series.” —Joan Leotta, For The Sun News, Myrtle Beach, SC