“Overall I loved Outskirts Press. I had a bit of trouble conveying what I wanted in my cover, but Bridget remained attentive and kind through the whole process. Eventually I got exactly what I wanted on the cover. Thank you so much!” 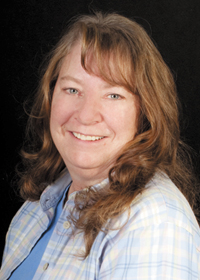 Deanna S. Adamson was hooked on the accounts of little known Southern heroes when she happened upon the story of a young Confederate soldier who risked his life to take water to wounded Union soldiers on the battlefield. She spent months in the BYU Library researching The Other Side of the Lines. Deanna lives in Eagle Mountain, Utah, with her husband Robert. They have five children and 21 grandchildren. She has had many articles and stories for children and young adults published in several magazines. This is her first book. 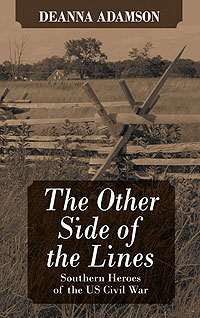 Intriguing Accounts of Courage, Integrity and Honor. The Other Side of the Lines is about several lesser-known Southern heroes of the Civil War. Spend time in this book and read about Turner Ashby, the gallant Black Knight adored by Southern ladies. Find out how Belle Boyd, a daring teenager, used all her charms to spy for her beloved South in spite of being arrested and jailed several times. See how Richard Kirkland, a young Confederate sergeant, showed compassion for Union soldiers on the battlefield at the risk of his own life. Discover why Captain Sally Tompkins used her own fortune to open and run a hospital for wounded Confederate soldiers and was the only woman commissioned a Captain in the Confederate Army by President Jefferson Davis. Try to understand why Sam Davis, a courageous teenage boy, would rather be hung than give damaging information about his commander to the enemy. Sail with Lieutenant George Dixon, commander of the first submarine to sink an enemy ship in war. And follow the story of Moses Ezekiel, just a cadet in a military school when he was called into battle to help protect the South. Seven stories in all-seven views of the fearless people of the South as they fought for their way of life.